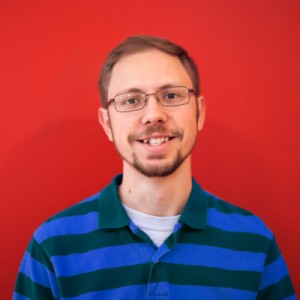 Studying history at Hope College helped keep me from becoming a snob. It turns out that this gives you a greater advantage in the world of work than you might realize. What do I mean? Well, before I get into that, let me give you some background on how I got where I am today.

I graduated from Hope in 2012 with a double major in history and English literature. At the time, I thought my history major would serve me well as I went on to graduate studies in English, in addition to its great intrinsic value.

God in His providence often doesn’t work the way we think He will.

For a variety of reasons, I didn’t end up going to grad school. I moved back to Holland to be close to my girlfriend, a history minor with another year to go at Hope (we got engaged soon thereafter, and are married now). I started hunting for a job, and I ended up landing a part-time retail job I frankly would have avoided if I’d had my druthers. However, one shouldn’t be too proud to work a menial job when necessary, and it did help make ends meet.

Around the same time I was talking to a connection at church, a local business owner and history buff who happens to be friends with Dr. Baer, the outgoing chair of Hope’s history department. He asked me if I had any editorial experience, and I mentioned my work at Hope’s student newspaper, in addition to my two writing-focused majors. Pretty soon I had picked up a second part-time job as an editor at his company, and before too long I worked my way up to a full-time position.

That’s how I came to be the office manager and chief copywriter at Black Lake Studio & Press, a strategic communications, marketing, and publishing company on 8th Street within sight of Hope’s campus. My designer colleagues and I like to say that we “help good people do good things,” working collaboratively with entrepreneurs, businesses, nonprofits, ministries, authors, and thought leaders to help them articulate their message and engage their audience. My role is mainly concerned with project management, writing, and editing. 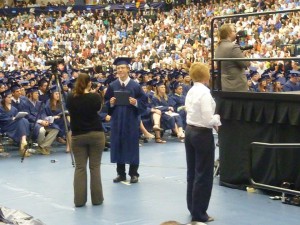 But what does my job have to do with being a history major and not being a snob? Well, there’s nothing like studying history to cure a person of “chronological snobbery,” which the great C.S. Lewis describes in Surprised by Joy as “the uncritical acceptance of the intellectual climate common to our own age and the assumption that whatever has gone out of date is on that account discredited.” Young, twenty-first-century Americans are perhaps even more prone to this error than most, so I could have easily fallen prey to it. Learning to understand and appreciate people who lived in different times and places is one of the hallmarks of an education in history, and when done properly it eliminates chronological snobbery. It also kills other forms of snobbery and fosters many transferable skills.

Understanding that people think differently than you and being able to learn from them and communicate with them on their own terms whether you agree with or relate to them or not is essential in my work. I learned to do it through history research and writing. Sure, I didn’t communicate directly with the people of the past, but I listened to them in their writings and joined a conversation they had started. I do something similar when I listen to our clients and their customers, figure out what messages resonate with them, and write accordingly.

Earning a history degree has also given me research skills that are helpful during the discovery phase of projects.

The ability to read a cultural artifact verbally and visually has also been useful. And after four years of writing history papers, I am able to effectively structure an argument, back it up with solid, convincing evidence, and explain a concept clearly and succinctly. I need to do that every day in my job. On top of that, learning to play by the Chicago Manual of Style’s rules has also been to my advantage, since it serves as Black Lake’s go-to style guide.

In short, whether the Lord leads you down the path you were expecting or some stranger trail, and whether you end up working in the academy, the business world, or somewhere else entirely, you’re going to need communication skills, and you can’t afford to be a snob. There’s nothing quite like studying history to form you in this way.