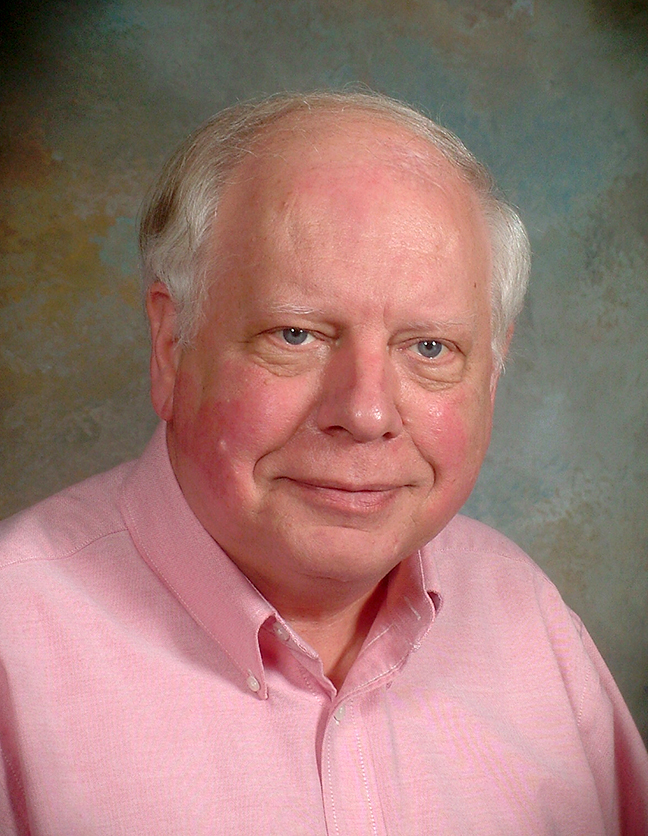 When we approach the end of the year weather becomes one of our main concerns. Will we have a white Christmas? Will storms hamper our travel plans? How much winter will we have to endure (or get to enjoy, if we’re into outdoor sports)?

One of the biggest public debates going on right now is about whether, or how much, the earth’s climate is changing. Our government has issued a report, based on data from a number of agencies, which endorses the idea that the earth is getting warmer and that this change will have drastic, even cataclysmic, consequences by the middle of this century. But our president dismisses the report.

Mr. Trump might look at the weather where I live, in west Michigan, and note that the month of November, 2018, was one of the coldest on record, with the temperature averaging almost four degrees below average. Or he might ask the folks in New England about the huge snowstorm that has already hit there. What global warming? he might say.

Well, historians learn to look at things over a long span. When we study what has happened to the earth’s climate over the centuries and millennia, we find that it has in fact changed a lot and changed a lot of times. Between 1100 and 800 BC drought was a major cause in the collapse of the Mycenean and Hittite cultures. When rainfall amounts returned to normal, the Greeks began the development that led to the Golden Age of Athens.

Around 50 BC Julius Caesar described how the winters in Gaul were so cold that rivers froze. The weather in France today is nothing like that. From ca. 1000-1250 AD the earth experienced what is known as the Medieval Warm Period. Data collected from tree rings, core samples, and other sources indicate that average temperatures were several degrees higher than before or after that period, and the effects were noted around the globe. Then, from 1500-1700, the earth went through the Little Ice Age, when temperatures hit all-time lows.

In addition to such long-term trends, we have encountered short-term anomalies. For a couple of years (535-536) during the reign of the Byzantine Emperor Justinian clouds, possibly from a volcanic eruption or the impact of a meteor, created a pall over the earth. The historian Procopius, an eyewitness, said “the sun gave forth its light without brightness.” In the early 1300s northern Europe was beset by several years of persistent rain, so heavy that crops failed for several consecutive summers, causing widespread famine. The year 1816 is known as “the year without a summer,” when crops failed because of a fog-like mist that hung over the northern hemisphere. Freezing temperatures were recorded throughout the summer, leading to crop failures and famine.

So, taking the long view, one might wonder what we can say about climate change. It is undeniable that animals and plants are being found farther north than ever before because the climate is more hospitable to them. In my own neck of the woods, it has definitely gotten warmer. Forty years ago I used to put away my lawn mower by the middle of October. Now my grandson mows for me until early November. Holland’s Tulip Festival used to start in mid-May.

Since the flowers kept getting ready earlier and earlier, they moved the start back almost two weeks.

Have humans caused these changes? They do seem to occur on their own, but I believe humans have had a major impact, primarily because of the damage we’ve done to the earth’s forests. A lot is written about how much of the Amazon rain forest has been destroyed, but when Europeans arrived in the New World, it was said that a squirrel could travel from the Atlantic coast to the Mississippi River without touching the ground. Europeans wanted farm land, so they started chopping down trees. The state seal of Indiana shows a man taking an axe to a tree. 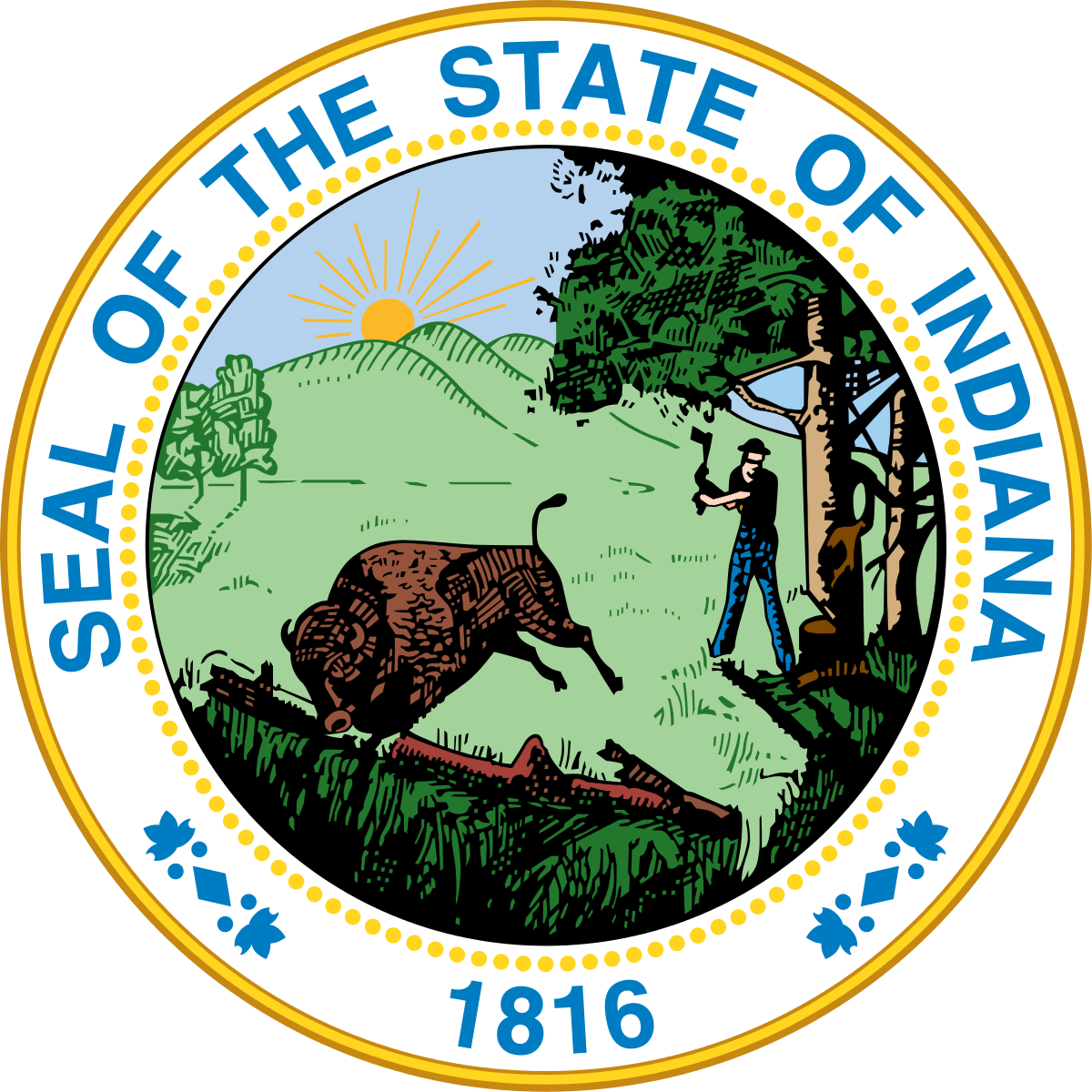 Well before that, Native Americans had burned the forests to provide grazing land for buffalo.

Early settlers in my area recorded that the forests were so thick it was difficult to swing an axe, but that didn’t stop them. Then the lumber industry took over. By 1900 there was hardly an old-growth tree left standing. 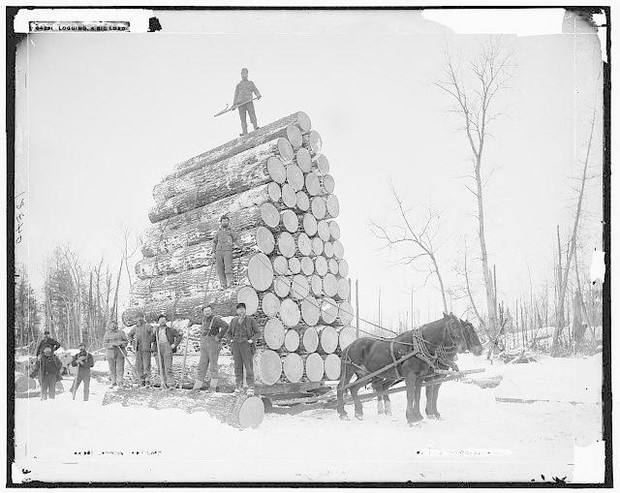 An arborist friend of mine says it’s rare to find a tree in Michigan that is 125 years old. I’ve planted half a dozen trees on my property. I know that’s not going to make a dent, but it’s something I can do, in addition to whatever steps I can take to “reduce, reuse, and recycle.”

I don’t know if we can reverse the effects of climate change, but if we don’t try, we’re running the risk of leaving a bleak landscape for our children and grandchildren.

Albert Bell has taught history at Hope since 1978. His wife is a psychologist and they have four children and two grandsons. Albert writes, mostly mystery novels but also some non-fiction books. View more posts