Race has always been a polarizing issue in the U.S.  That’s just as true today as it was 50 or 100 years ago.  In their book on the racial attitudes of White Evangelicals, Divided by Faith, Michael Emerson and Christian Smith explain that for 150 years most White Americans (and not just Evangelicals) have compared the racial status quo with the worst elements of the past and found themselves satisfied with the way things are now.

In the Jim Crow era, many White people said, “We used to have a problem with race—wasn’t it awful how Black people were treated?—but now that slavery has ended, things are just fine.”

In the post-Civil Rights era we live in today, many White people still say, “We used to have a problem with race—wasn’t it awful how Black people were treated?—but now that legal segregation has ended, things are just fine.” 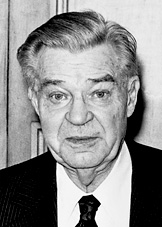 A few years ago, I asked my Race in America students to read an excerpt from An American Dilemma, Gunnar Myrdal’s classic account of traveling the U.S. in the 1920s and ‘30s, interviewing White people about race.  In our class discussion, one White man said, “The comments were pretty much the things I heard growing up, but I was surprised how many people still use the word ‘Negro’.”  It took me a minute, but I realized that he had missed the fact that the book was published in 1944, and assumed that the interviews were contemporary.  It all sounded quite familiar—things used to be bad, but now they’re fine, except for the trouble-makers who get people all riled up.  Substitute Black people for Negro, and 2010 sounded a whole lot like 1930.

This is, in a nutshell, the Black History Month Story.  And if the only people who don’t believe it are trouble-makers, then we need to take some pretty drastic action—like building a wall 2,000 miles long. 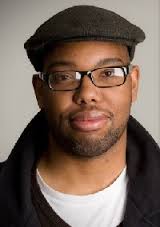 As Ta-Nehisi Coates wrote, “It is as though we have run up a credit-card bill and, having pledged to charge no more, remain befuddled that the balance does not disappear. The effects of that balance, interest accruing daily, are all around us.”

We have to start by acknowledging that things are not fine.  Implicit bias against people of other racial groups shapes the thoughts and feelings of the vast majority of Americans.  Discrimination, segregation, and poverty perpetuate themselves quite well in the absence of overtly legal supports.  People of color, especially poor people of color, have to work and fight twice as hard as everyone else just to stay afloat.

In other words, if there really is a “war on Whites,” as many White people believe, the Whites are winning.

It’s not easy to abandon the false comfort of The Black History Month Story.  But acknowledging the history we inhabit is the first step in getting beyond the polarization and finding a path toward justice we can walk together.