Sociologist Amy Binder (1993) studied the ways in which journalists and others expressed their concerns about both heavy metal and rap during those years, and discovered a very important difference.  People were concerned that the messages of heavy metal would in some way harm its White listeners.  The concerns about rap, however, were not about its effects on the listeners themselves, but about the possibility that rap music would motivate its Black listeners to harm others.  “I’m worried about those (White) kids” vs. “I’m worried about what those (Black) kids will do to the rest of us.” 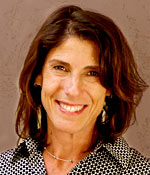 I have long thought that this study illustrates the separation that occurs when we see other people as fundamentally different from us in some way.  There are at least two consequences, I think.

One is that it’s so very easy to go from not-us to anti-us, from not-them to anti-them.  Different from becomes opposed to.  We have to learn how to keep our common humanity and our cultural differences simultaneously in mind, and it isn’t easy.

The second consequence is an inability to care about the real, human people who live across a gap from us.

Are there DREAMers who have spent their whole lives in the States but can’t get work or go to college after graduation?  Not my kids, not my problem.

Are Native reservations struggling with high unemployment and a heart-breaking list of health crises?  Not my people, not my problem.

Are Lakisha and Jamal less likely to get called in for a job interview even when their applications are identical to Emily’s and Greg’s?  Not me, not mine, not ours, not us.

There are five Hope College global learning goals.  We want our students to become more

Seeing those who are different as fully human—equally worthy of respect, care, and concern—requires that we practice virtues such as these.  That’s how those kids become our kids, whatever their music, and we can be equally invested in them all.