We saw in the previous section, the one on how to eliminate stereotypes, that trying to diminish racism by ignoring race actually has the opposite effect.  When we decide not to deal with race, it manifests itself anyway, sneaking back in when we aren’t looking.  Some people worry that getting the facts on race and talking about them will make things worse.  Won’t that just stir up trouble and make race a bigger deal than it is already?  How would focusing on race reduce its effects? 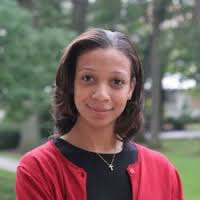 Many well-meaning people adopt a color-blind perspective, not knowing that it will take them in a direction they likely don’t want to go.

Psychologists Jennifer Richeson and Richard Nussbaum (2004) found that White college students who read an essay espousing color-blind strategies for dealing with race (“don’t focus on race, just treat everyone as an individual”) later scored higher in implicit anti-Black prejudice than did students who read an essay espousing value-diversity strategies (“race and culture are important, and should be acknowledged along with individual characteristics”).

Apfelbaum et al. (2010) found that upper-elementary school White students who were taught that it’s best not to notice race were less likely than students taught about valuing diversity to notice overtly racism in scenarios describing children talking with each other.  They didn’t see it, or didn’t want to, and therefore were less likely to let a teacher know it was taking place.

Zou and Dickter (2013) found that White college students high in color-blind thinking were more likely than other White students to disapprove when people of color stand up for themselves and confront racist talk and behavior.  Offermann et al. (2014) studied color-blind attitudes in a work setting and got the same results.  Tynes and Markoe (2010) saw it in reactions to racially stereotypical social media posts.  You get the idea.  As Apfelbaum, Norton, and Sommers (2012) noted, “color-blind ideology . . . can also facilitate—and be used to justify—racial resentment.”    Not noticing race = not noticing racism = disapproval of antiracism.

Ignoring race also can make it appear that we are talking around it for all the wrong reasons, regardless of our real motivation.  In fact, as you can see in this video, if you avoid talking about race in situations where it’s obviously an issue, others are more likely to view you as biased than if you simply acknowledge race as a factor.

Holoien and Shelton (2011) asked some White university students to read an essay endorsing color-blindness; others read an essay endorsing a multicultural perspective.  All students then interacted with another research participant, a person of color.  Those who had just read about color-blindness were rated by independent judges as being more stand-offish and dismissive of the person of color as they spoke.  Their interaction partners noticed, and were upset enough by the way they were treated to score lower on a test of cognitive depletion, the Stroop test.

Perhaps that’s why White college students who have had a number of diversity experiences in college (courses, clubs, events, etc.) score lower in a measure of color-blind thinking than do students who didn’t have those experiences.  The same is true for White students who report a larger number of close friendships with Black students on their campus (Neville et al., 2014).  It’s not being White that’s the problem–it’s having your views about race and racism shaped by segregated White settings and perspectives.  Denial doesn’t put us above racist thinking; denial puts us at the mercy of racist thinking. 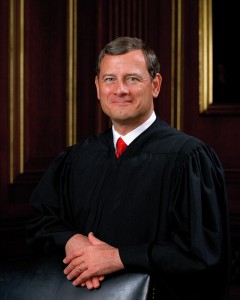 Of course, in spite of the evidence, not everyone agrees.  John Roberts, the Chief Justice of the Supreme Court of the United States, is one such person.  In 2007, he voted with the 5-4 majority to prohibit Seattle Public Schools from promoting racial integration, famously stating, “The way to stop discrimination on the basis of race is to stop discriminating on the basis of race” (Parents v. Seattle School District, 2007).  Notice, however, the two different definitions of discrimination in this sentence.  The first time it is used, discrimination refers to unfair actions against someone because of their race.  The second time, it refers to discriminating in the sense of noticing difference, as, for example, when someone has a discriminating palate.  Not noticing—or, more likely, pretending not to notice—simply hasn’t been proven an effective strategy in promoting acceptance or equality. 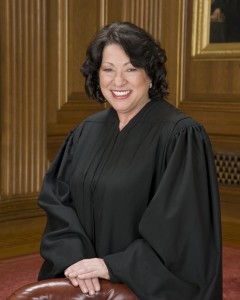 Seven years after the Seattle case, the Supreme Court ruled 6 – 2 that the citizens of Michigan had the right to outlaw affirmative action in a ballot initiative.  The thinking again was based on the idea that a race-neutral policy is best.  Justice Sonia Sotomayor, however, issued an unusually strong 58-page dissent.

Here is an edited excerpt, without her citations or parenthetical remarks:

Race matters.  Race matters in part because of the long history of racial minorities’ being denied access to the political process.  Race also matters because of persistent racial inequality in society—inequality that cannot be ignored and that has produced stark socioeconomic disparities.  And race matters for reasons that . . . cannot be wished away.  Race matters to a young man’s view of society when he spends his teenage years watching others tense up as he passes, no matter the neighborhood where he grew up.  Race matters to a young woman’s sense of self when she states her hometown, and then is pressed, “No, where are you really from?”, regardless of how many generations her family has been in the country. . . . Race matters because of the slights, the snickers, the silent judgments that reinforce that most crippling of thoughts: “I do not belong here.”

In my colleagues’ view, examining the racial impact of legislation only perpetuates racial discrimination.  This refusal to accept the stark reality that race matters is regrettable.  The way to stop discrimination on the basis of race is to speak openly and candidly on the subject of race, and to apply the Constitution with eyes open to the unfor­tunate effects of centuries of racial discrimination.  As members of the judiciary tasked with intervening to carry out the guarantee of equal protection, we ought not sit back and wish away, rather than confront, the racial inequality that exists in our society.  It is this view that works harm, by perpetuating the facile notion that what makes race matter is acknowledging the simple truth that race does matter.

I wouldn’t pretend to speak to the legal issues in this or any other case.  But in terms of the social science question about the merits of a color-blind vs. value-diversity approach, the evidence is clear, and it supports Justice Sotomayor.

You see . . . being non-racist isn’t enough–you have to be anti-racist

It isn’t enough to be neutral in the fight against racism.  Being non-racist–“color blind”–won’t provide sufficient motivation to overcome the smog of social stereotypes or get beyond the so-fast-you-can’t-see-it-coming emotional response to someone of another race.  As people who have grown up surrounded by racism, we know the stereotypes, and we share, in part, in the prejudices.  How we got to this point may not be our fault, but making things better most certainly is our responsibility. 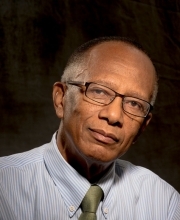 Every generation makes its choices concerning racial justice, and we are making ours.  To point the finger of blame at those who came before us may be accurate, but it isn’t helpful.  The air and the water of this nation were polluted long before we showed up, but most of us want to clean them up before the next generation inherits them.  As historian and sociologist Orlando Patterson (1997) noted, “We are most certainly the product of the past, but we are in no way determined by it.”

In their book on racial reconciliation in the Christian church, Spencer Perkins and Chris Rice (2000) make this important observation about freeing ourselves from the history we have inhaled: 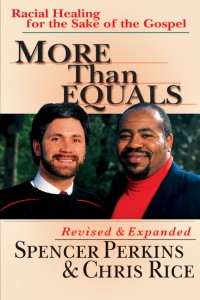 “The more we work through our racial residue as adults, the less of a challenge it will be for our children.  They will be able to go further.  Our choices will become a legacy for our children when they have to decide where they will live, who their friends will be, where to worship, what career to pursue.”

Perkins and Rice have a three-step model for overcoming racism in the church that can work in other kinds of organizations, too.  First, they say, we have to admit there is a problem.  Let’s quit trying to deny our predicament in the hopes that it will feel ignored and go away by itself.  Second, we have to submit to each other, to be reconciled to those who have been estranged to us by the racism of the past and present.  And third, we need to commit to working against racism in the spheres of influence available to us. 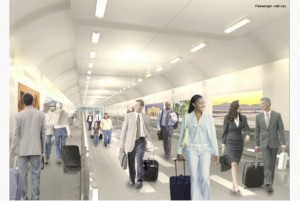 Psychologist Beverly Daniel Tatum has helpful analogy.  She likens racism to the moving sidewalks you see in airports, the conveyor belts that take you from one terminal to the next while you stand still.  If you think of the sidewalk as the legacy of racism, active racists are the ones who walk on ahead, trying to move even faster than the sidewalk itself.  Those who are neutral are just standing there—but the sidewalk is taking them along whether they want to go or not.  If you don’t want to end up where the sidewalk is going, you have to turn around and walk the other way.  Being a passive non-racist isn’t enough.  In fact, Ibram X. Kendi (2019) says it simply isn’t possible (and the research on those who try to be color-blind is excellent support for that assertion).  You have to be an active anti-racist, someone who reminds yourself not to succumb to stereotypes, someone who determines to slow the sidewalk down so that our children won’t have to fight as hard as we do to overcome the continuing consequences of racism.

The Bottom Line:  Trying to see past race–being neutral as to the consequences of race in our society–only perpetuates race’s effects.  You’ve got to take sides–be an anti-racist–in order to make a positive difference.