America’s youth are sending a message: “We want to be heard.” 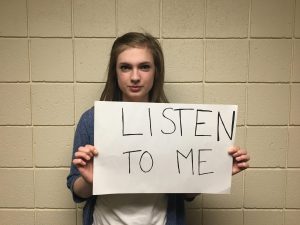 I wonder…when will disaffected youth stage walk-outs at their churches?

This question came to mind as I observed unprecedented numbers of youth nationwide leading protests against gun violence that killed 17 people at a Florida high school on February 14.  Triggered by a senseless act of violence, the students’ actions were directed at authority figures—the big people they have been told they can trust—who seem to care more about gun rights than child safety.  These words, spotted in a sea of protest signs, gripped my heart: “Why must we be the adults?”

The students tell us “enough is enough,” a mantra heard following every school shooting since the massacre at Columbine. With more than 150,000 children (Washington Post) experiencing a shooting at their schools since 1999, a reasonable person would conclude that change is imminent.  But legislators have clearly not had enough and are unlikely even now to change gun laws or protect the children.

Abby Kiesa (Center for Information and Research on Civic Learning and Engagement) observes that these teenagers insist on being heard. They “want the country to be better so they are going to stand up to make it better.”

At Generation Spark, a ministry designed to help churches engage and retain more youth, we hear these same words from youth.  “The church doesn’t listen to us,” they complain. “We don’t even feel we belong.”

I wonder…when will disaffected youth stage walks-outs at their churches?  Oh, wait, they are already doing that, with 70% of them leaving churches every year.

Virgil Gulker is a serial social entrepreneur driven by a passion to help churches engage their members in relationships with at-risk children and families. View more posts