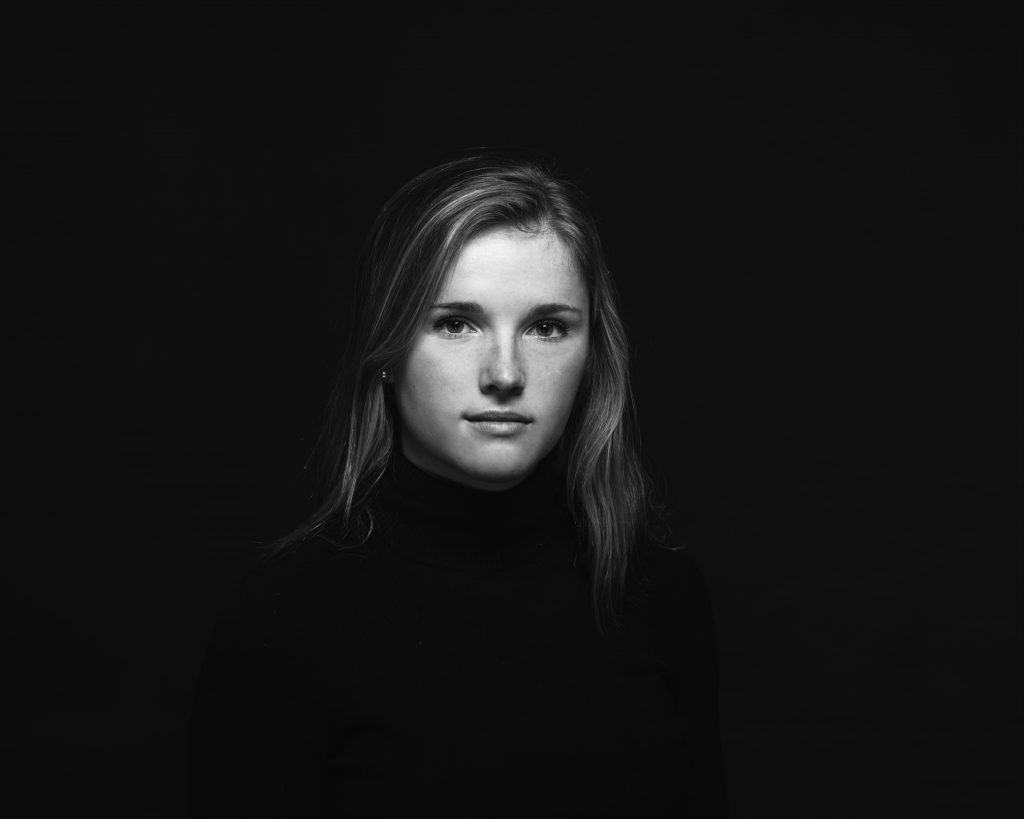 My name is Annie Veld. I am a senior social work major from Holland, Michigan, and I’m currently studying in Chicago for the semester. In the fall of 2018, I finished my last season as a member of the Hope College women’s soccer team.

When I first found out about the Hope Athletes’ Journal, I thought it was such a cool idea. Initially, I never thought I could share my story because I wasn’t ready to; it was something I thought I’d never want to talk about. But after more consideration, I realized that everyone has a story and everyone has struggles they face. This is mine.

Women’s soccer begins in the fall; that means that my summers are spent working hard to stay in shape and be game ready. And I was going into my junior season. I was an upperclassman now, so I hoped for more playing time and wanted to be someone who underclassmen look up to.

I was excited to see what the season would bring, but little did I know that it would turn into an experience that would become one of the hardest years of my life. 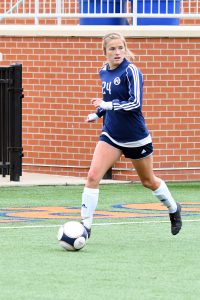 It was August during our first preseason scrimmage at home and I felt great physically. I felt confident with my play too and that was rare for me. All went well until I woke up two days later and could barely walk due to a sharp pain in my knee. I was not super worried, though;  soccer is all about getting banged up on a regular basis, so I thought the pain would go away. But treatment after treatment, it didn’t subside. Eventually I got an MRI that showed I had a contusion on the outside of my knee that caused pain whenever I took a step.

When I heard the diagnosis, I wasn’t really sure how to handle it. The doctors gave me two options: (A) take the season off to heal and get healthy during the winter months for upcoming senior year, or (B) try to play through it. If I choose option B, I would have a longer recovery time once the season was over AND I would continue to have pain that would only get worse.

It was my decision to make and it was so hard; so much harder than the doctors just telling me what to do. I struggled with the idea of wanting to be healthy for my senior season or playing through it because it was “just a contusion.” “Just a contusion” — I felt stupid that I would eventually choose to take the season off for something like this, even though doctors, athletic trainers, and coaches reminded me that this was a serious injury because it had to do with my bones.

All of that was the setup. Here now is the rest of my story.

I have always loved to run and exercise, so when I was told not to do any activity for a few months, I was in tears. I didn’t know how to handle it.

I knew I would have to do it in order to heal but I was devastated.

Still, I went to practice and watched my teammates play, and then we would all go to dinner.

Subconsciously, I started eating less because I knew I wasn’t working out. I thought I didn’t need as much food as my teammates. But even when I did start exercising a bit again, I still did not increase my food intake. In fact, I started eating less or not eating until later and later in the day. This routine continued to get worse and worse, but I did not see a problem – I thought I was getting leaner and faster, and just eating right.

But I had a problem, and I did not realize it until I came back second semester of my junior year.  My senior soccer season would be in jeopardy if I could not get my weight back up. This snapped me back to reality.

I did not realize it at the time, but this eating disorder would be one of the hardest things I ever had to fight. Harder than any soccer opponent or practice set.

With this realization, and out of nowhere, came the panic attacks and the constant need to be alone. I was at ground zero, and I realized that I didn’t know how to fuel my body anymore.

My first thought when I was given an outline for meal plans was “I can’t do this.” I was too scared to start eating more food. You would think it would be easy, right? Maybe it sounds weird, but it was absolutely terrifying. But I was focused on getting stronger, healing my mind and changing my perception of food.

The healing process started with the help of so many people — my family, my team, my coaches, my boyfriend, Hope’s athletic training staff — and it continued throughout my spring semester of junior year. It was slow. I started by talking to my parents, and then reaching out to different resources. We have a close family friend whom I think very highly of that is a certified eating disorder registered dietician. I sought her out and then I went to my coach with all of this. I think in this whole process, the most important part was communication and saying it out loud.

It was incredibly hard to name something like this, but after this I was able to start the healing process.

Talking was another crucial aspect that I needed to do. In order to get through this, I had to continue talking to my support systems. I still had all of these thoughts and fears around food, and negative thoughts would creep into my mind all the time. I would look at myself in the mirror and want to cry because I didn’t like what I saw, even though I was at my lowest weight. I felt ashamed of these thoughts, but I didn’t know how to stop them. But through the recovery process, these thoughts started getting less and less, and the fear of food was becoming less and less as well. I was able to work on getting stronger and figure out how to take care of myself again.

But I did get strong and healthy enough to play in my senior season even though I was  still recovering at that time. I had come a long way since my junior year yet I wondered it I was ever going to be happy again.

Once my senior season was done, I knew I wanted to share my story, but I still wasn’t feeling totally ready. Thankfully, I realize now as I write, I have finally found happiness and balance. That’s not to say that I was not ever happy before; it was more of a rare feeling at the time. Today though, I understand that everyone has different body types, and I am happy with mine. I know that rest days are good, and eating good food is good. I realize that life is all about balance and being vulnerable.

So here, at the end this story, I plan live into both of those things — balance and vulnerability. I do admit that there are many components to my story that are too difficult for me to put into words. It’s still hard and I’m working on it because I do know that being vulnerable brings healing and happiness. I cannot thank Hope women’s soccer enough for teaching me that.

The mission of the Hope Athletes’ Journal is to provide Hope College student-athletes with a platform to express their challenges and joys in order for coaches, peers, prospective students, and fans to relate to, understand, and appreciate their stories beyond their games. This project, initiated by Stephen Binning ’19, encourages and invites Hope student-athletes to write vulnerable, principled, honest, and respectful stories that ultimately knit our college even closer together.

If you or someone you know has a story that could be shared on the Hope Athletes’ Journal, please reach out to Lindsey Engelsman (engelsman@hope.edu) or Eva Dean Folkert (folkert@hope.edu).

If you or someone you know is in need of help, here are some resources both on and off campus: